From a snowboard shop to a $3B/year revenue: Shopify

Shopify is an eCommerce platform that is designed to enable you to create your online store without the involvement of a design and development team. It’s a versatile package, and everything you need to start selling online is already within the platform. You can create and publish your webshop entirely through Shopify and use its handy features and apps.

Shopify is an autonomous website. You start creating your webshop quickly and have no problem with any hosting platforms. You get tools that help you create, run and analyze your Facebook and Google campaigns. You get a combined control panel for Shopify orders, shipment, and payment.

Today, Shopify is the following:

But let's go back to the very beginning of its story.

Tobias (“Tobi”) Lütke moved from Germany to Canada in 2002 to be with his girlfriend during her graduate studies in Ottawa. But Canadian immigration law did not allow Tobias to find a job before obtaining a permanent residence permit (which takes some time). But starting a business was completely legal.

So he decided that Snowboarding+Canada+Internet was a winning strategy in life... "I still can't find a job. What could go wrong?", he possibly thought.

That's how the SnowDevil was born.

A bit of history

Shopify’s first 400 clients were gained completely coincidentally. How? This happened when Tobi was trying to open SnowDevil using Yahoo Stores. And Yahoo Stores at the time was designed primarily for large companies: there was no convenient way to manage inventory, accept payments, etc... you had to do it yourself.

Companies using Yahoo Stores were already at a level where they spent 30-40K a month just managing various functions of the website (logistics, payments, etc). Tobi didn't have the money to hire a team to install and maintain SnowDevil, so he tried several other providers like Miva, OsCommerce, but they didn't work for him.

It was around this time that David Heinemeier Hansson, now known as DHH, was creating a new framework called "Ruby on Rails" based on the Japanese programming language “Ruby”. If you’re somehow related to programming, you know how seriously developers take their open-source projects.

Ruby on Rails has generated a lot of interest in the developer community because one of the philosophies behind the creation of this language was "don't repeat yourself". The architecture itself promised to significantly reduce the code for managing full-stack applications. However, they needed to prove the "commercial viability" of the framework.

Ruby on Rails had a unique feature in the "Real-life apps" sidebar that showed applications already built using this framework. Tobi then decided that building SnowDevil on this amazing new framework would be less of a headache than going to Yahoo Stores for customization.

While building SnowDevil, Tobi met the development team building Ruby on Rails online. He started to leave feedback and, since it was open-source, he even began participating in the development of the language. After a few months, he became one of the main developers of the framework.

So Tobi, as a major contributor to the community, posted SnowDevil on the Ruby on Rails community website as one of the "original applications" he created. People liked it, and several people asked if he could help them do something similar or if they could license his code. At first, he helped everyone, but then, as the Ruby on Rails community grew, so did the requests. Therefore, he posted a forum on the website where people could get his code without bombarding him with requests.

He continued selling snowboards, and the first year was quite profitable. But snowboarding is a seasonal business, so when summer came, Tobi returned to figure out what to do with the 400 community members who wanted to license his software. He did not create SnowDevil in such a way that it could be forked to another developer.

The next target: designers

Unsurprisingly, Tobi was more concerned with the prospect of a new software business than SnowDevil (FYI, they sold out EVERYTHING ... SnowDevil worked). Anyway, Tobi reached out to his girlfriend's friend, Daniel Winand, to get help designing the platform we now know as Shopify.

Daniel started recruiting his other designer friends to create templates for Shopify. Shopify, in turn, offered these designers a placement on their website, celebrating their efforts and connecting them with potential customers.

Shopify supported the designers as well. They ran themed contests every month and wrote long descriptions in their profiles about who created the best Shopify theme this month. Top designers have shared these profiles: that's how they brought in new designers... and so on and so forth.

Another year passed (2007) and Shopify still never reached the 1,000 customer mark. Shopify has grown so slowly because of its "freemium" model. In the beginning, Shopify worked because everything was free and they only charged 3% (in addition to the then Paypal fees) for every product sold. Therefore, successful 7-8 figure companies didn’t want to use Shopify: they thought they could spend the same money to build their own website. And many small websites that were created using Shopify, couldn’t sell anything.

When Tobi changed his business model from free to the subscription type ($25- $75) - everything went as it should.

Shopify was built based on templates. However, the Shopify team wanted it to become synonymous with “building a webshop” and to move beyond the designers and Ruby on Rails. So Tobi and the team asked themselves the following question: what are people doing before and during the creation of a webshop? The answer turned out to be something like this:

So Shopify created a mini-tool with a branded footer in an attempt to complete each of these tasks for free. And as we know, the strategy worked. That's all Shopify has done to acquire 1,000 customers.

This wraps up our post for today about how Shopify gained its first customers and became a successful ecosystem. If you have questions related to this topic, please feel free to contact us anytime! Likewise, if you want to read about other platforms here, write us a suggestion and we’ll get back to you with a nice blog post 😊 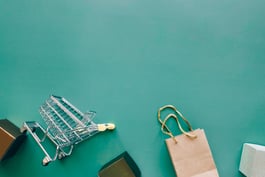